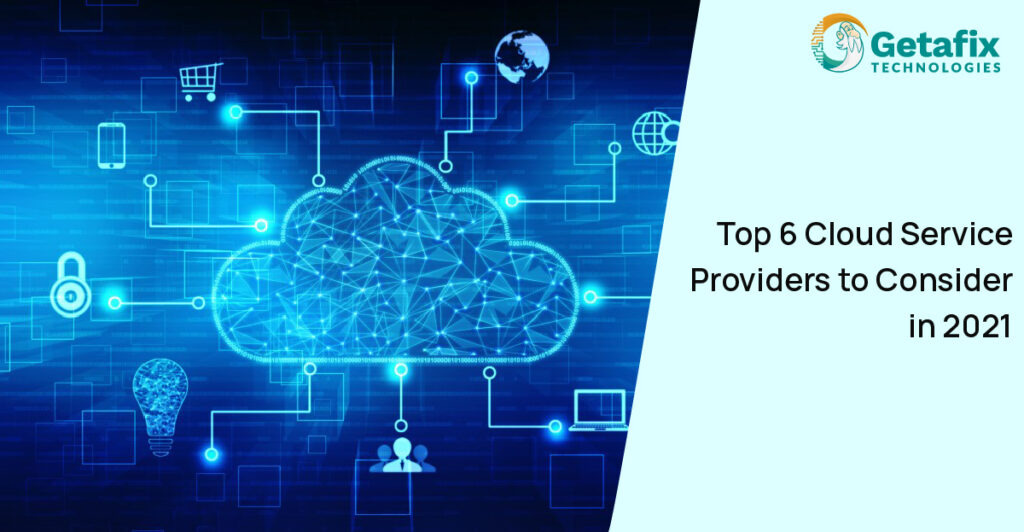 The COVID-19 pandemic and the move to remote work and video conferencing has accelerated the shift towards the cloud. Companies are now increasingly seeing the cloud as a digital transformation engine essential for work and also as a technology that improves business continuity.

As work was forced to go remote due to stay-at-home orders tasks were largely done on cloud infrastructure.

2020 has shaken the reality of life and has presented testing times and new challenges for companies. It’s interesting to see how quickly and rapidly many teams had to adapt to the ‘new normal’.

Like mentioned, remote work and video conferencing has become the new way to do business and has presented  top cloud service providers a pivotal opportunity.

The ones already dominating the cloud battlefield now, more than ever, want to strengthen their positions with their core capabilities, plans, and approach towards the market.

The credit for the declaration of public cloud wars goes to the cloud giants like Amazon Web Services (AWS), Microsoft Azure, and Google Cloud Platform. New emerging and large scale players like IBM Cloud, Oracle Cloud, and SalesForce are also aiming at entering the battle against the market leaders.

Upcoming technologies like Cloud-based Machine Learning and Artificial Intelligence, etc will play a  crucial role in the results of this race to be the best and first to dominate the cloud market.

Below, we explore some of the major cloud vendor’s services and their performance against their peers.

AWS was the first cloud computing and offering infrastructure as a service which launched in 2008 – they have never looked back as they launched new services at a breakneck pace and  created their own compute stack that aims to be more efficient.

AWS has expanded well beyond cloud compute and storage. It enables companies across the globe to develop digital infrastructure entirely or partially using the cloud.

For the companies that already use on-premise data centers, Amazon launched AWS Storage Gateway which enables customers to connect their existing storage and backup to the cloud, with a single console to access storage configurations.

AWS CloudFormation is another technology by Amazon that allows companies to control the resources and application stacks that are required for mobile and web apps. Simply put, the customers get access to infrastructural components of cloud service with a central command-line interface to manage them. Such technological advancements have helped Amazon to establish itself as a global cloud leader for almost a decade.

Microsoft Azure is the closest competitor of cloud king AWS and it’s getting even closer.

Microsoft emphasizes on innovations to deliver exceptional services. Like AWS they have various services which include cloud services to Office 365, business subscription to Dynamic 365 and LinkedIn services.

One significant feature of Microsoft’s cloud solutions is the Microsoft Azure Machine Learning Service. Where users can develop, test, deploy, manage, move and even monitor their machine learning model in a cloud-based environment using this service.

The tie-ups with numerous vendors in the world have helped Microsoft in bringing in more customers to the cloud. It was the most active company in 2019 managing two acquisition deals almost every month.

The company made several changes regularly to make its mark as an enterprise cloud computing giant. One such change was the simplification of contract conditions and terms, along with compliance certifications.

GCP offers the cheapest cloud services in the market. They are actively acquiring SMB’s and other companies that can provide support in making the migration process smoother and faster.

As per the analysts of Deutsche Bank, the cloud service is expected to hit a mark of 38-billion-dollar annual sales by 2025.

Majority of the top 20 banks from Europe and the US use SalesForce reflects its penetration in the cloud market. One of the facts that led to its success is the deployment of cutting-edge technology in its CRM platform.

The customers of SalesForce CRM can rely on AI to recognize sales opportunities, which in turn, leads to more revenues. Another reason behind its enormous growth is the early mover advantage. It was the first company to start offering CRM in the cloud. The launch of AppExchange, a third-party marketplace that allowed developers to create and sell their apps to Salesforce users, was also a major event that added to its success.

In the last few years, SalesForce has acquired numerous firms to expand its ecosystem. The year 2016 had witnessed 13 acquisitions by the company with the likes of SteelBrick and Demandware.

IBM reported a revenue of 5.3 billion dollars in Q3 2019, which is 6.4 percent higher than the previous quarter. Some features that have attracted the businesses include:

When compared to other players in this list, Oracle Cloud lags behind.

To maintain its presence in the cloud race, Oracle is utilizing the extensive presence of its software in data centers of existing customers. Its tie-up with Microsoft in delivering cloud has also proved to be advantageous. The combination of these two services is also being offered in Canada.

The Future of cloud computing

The market research company MarketsandMarkets forecasted that the cloud computing market will reach 623.3 billion dollars in 2023.

To get to the top of the game, each player needs to emphasize more on unique technologies and strategic partnerships.

This market presents a huge opportunity for many start-ups to come at the forefront as additive service providers for migration, security and other add-ons.

We can expect businesses to have a growing line of cloud services at their disposal for speed application deployments, enhance security, manage workload efficiently, and utilize additive technologies like Edge, Machine Learning, and more.